Of women and old vines.

My love for wine and especially for Lagrein comes from the fact that my ancestors have been farmers and wine growers for centuries. Taber was my great-grandmother’s name. The farm was named after her – because it was often the women who had the say on the farms. That’s the way things were back then. You might not think so, but it was. And when I took over in 1977, I didn’t make very many changes. And a lot of the vines are from those times; they are 80 years old and more. Old vines are not so productive, of course, but their grapes have more depth. A bit like humans, don’t you think? 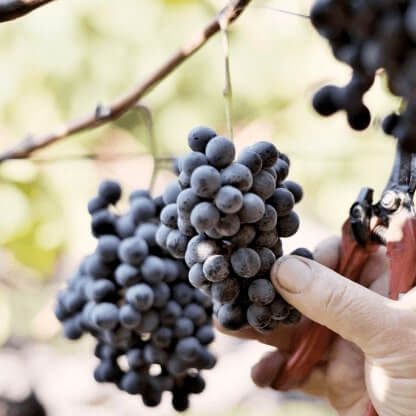 The Master of Lagrein.

We try to get the best out of our vines. We limit the yield, and that brings an enormous increase in quality. Quality before quantity – that’s my motto. After all, wine is something for connoisseurs. Whatever your job, you should always try to achieve the best possible result. That’s my philosophy – and something I work on year after year. Of course, I’m a little bit proud of the fact that our Taber has won various top awards, but that’s due to the skills of our winemaker. I call him the Master of Lagrein.

That’s all I need.

My old vines are still trained on overhead pergolas. That makes the work in the vineyard more strenuous and requires the expert touch. Our ancestors were careful to pass on their knowledge of vine management. The fact that the red wine does so well in the valley flats around Bolzano is also due to the excellent soils there – alluvial soils with porphyry, eroded rock of volcanic origin. Just as schist produces the best soil for Riesling, so does porphyry for Lagrein. In my house I’ve installed a small observatory, by the way. At night I often watch the sky and the stars and drink a good glass of wine. That’s all I need to be happy. 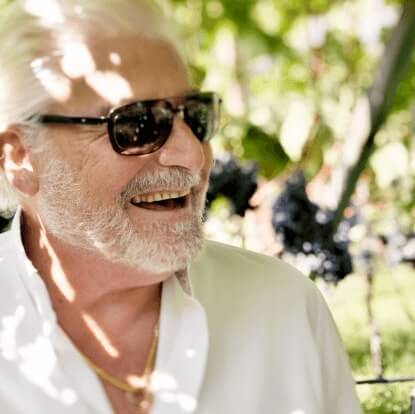