Former home to the nobility.

Wine growing is a family affair. Everybody has to lend a hand. Otherwise it can’t be done. As on any farm, all must play a part, the children, grandparents, everyone. In our family it works well, and Martha, the 95-year-old grandmother is still looking after the chickens. My son Georg is now officially in charge of the vineyard. In our family the first-born is always called Georg. I am Georg VI and my son is Georg VII. But the farm itself has had several names in the course of time. Centuries ago the owner was called Cesklerer. In 1590 it was bought by a nobleman, who enlarged the building and gave it the name Rundenstein, meaning Round Stone, probably because the porphyry rocks below the house have worn into such round shapes. In the 19th century the line of the Koflers of Rundenstein became extinct, but they live on in the name of the vineyard today. Then came my ancestors, the Gassers. The precise name of the vineyard is Kofler auf Ceslar. It’s not really all that complicated, is it? 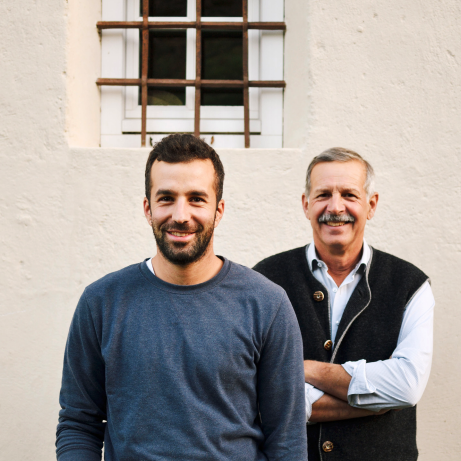 We cannot do otherwise.

The thing about your roots is like the way it is with the vines: the deeper the better. There are no springs on this mountain, and so the roots go deep down in search of moisture. Water, including water for the people living here, had to be diverted from the Fagenbach. Sometimes visitors come up and ask why we go to all this trouble and work such inaccessible terrain. I tell them: We cannot do otherwise. And it’s true. We can’t. And we don’t want to, either!

And yet: a lot has changed in the last few decades. Only 20 years ago almost all the wine at this altitude was red, mainly Schiava. But since then my son and I have planted more and more white varieties: Sauvignon and Gewürztraminer – because white wines do very well here and because the market has also changed a bit. They are wines with character, just like the people who produce them! 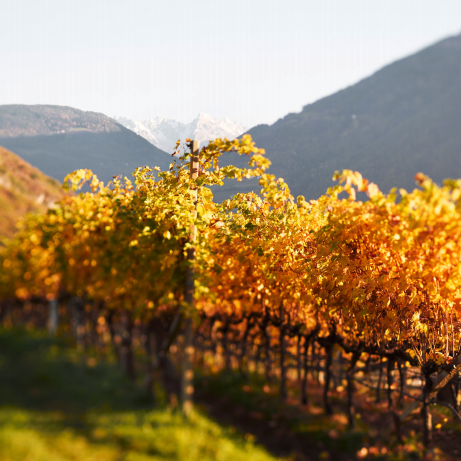